How Brexit is Damaging Businesses and Livelihoods

Brexit is making us all poorer: the facts

Scotland overwhelmingly voted against Brexit but it was imposed by the Tories, resulting in long-term economic decline and making the cost of living crisis even worse.

Brexit is also fully supported by Keir Starmer and Anas Sarwar – even though it causes heavy damage to small businesses, workers and working-class communities that Labour has now abandoned.

📉 Brexit is damaging the economy and making the cost of living crisis worse – and Scotland voted overwhelmingly against it.

🥀 But none of it matters to Scottish Labour, who have now embraced Tory Brexit at any cost.

Read on for a rundown of the everyday impacts of Brexit, and a set of case studies of businesses across Scotland suffering from higher costs, shortages and extra red tape.

Immediately following the result of the 2016 Brexit referendum, the value of pound sterling fell by 12%, which led to higher inflation from the higher price of imports.

Unlike Scotland, the UK as a whole has a negative trade balance in goods – which means it imports more than it exports.

When imports get more expensive, so do basic items, like food or clothing.

This inflation alone has increased the cost of living by £870 per year in the UK.

Recent OECD figures showed that the UK is heading for the lowest growth in the entire G20, apart from heavily-sanctioned Russia.

And IMF figures recently confirmed the UK’s sluggish economy – stating that the UK has the lowest growth in the G7.

For all the economic damage caused by the Covid pandemic, the UK government’s own financial body – the OBR – said that the long-term damage of Brexit will be twice as bad.

Recent statistics already showed that the UK now has the slowest wage growth since records began – and with a high level of inflation, this means a real-terms pay cut for most people.

Brexit adds an additional impact – as the OBR forecasts the UK’s productivity will be 4% lower compared to if we hadn’t left the EU.

This then results in falling wages. The UK real wages are expected to be 1.8% lower – a loss of £470 per average worker every year.

From Aberdeen to Ayrshire, businesses from all over Scotland have been getting in touch with SNP MPs to illustrate the damage that Brexit has caused to them.

Whether it’s extra red tape, higher costs of exporting or staff shortages, Scottish businesses are forced to pay the price of a Brexit we never voted for.

A real-life example of this can be found in Angus’s seed potato sector.

The seed potato sector is worth around £112 million per year to the rural economy and employs more than 11,000 people.

However, after Brexit, seed potato businesses are unable to export to the EU – while EU growers can continue exporting to the UK, because of the way in which the UK government negotiated the Brexit deal.

Jute sacks are vital for Scotland’s seed potato sector and are normally imported from India and Bangladesh – however, following Brexit, they now come with tariffs on them, placing another burden of extra costs on the seed potato firms.

Scotland has the choice of a better, more prosperous future

After Brexit, the UK is poorer, more unequal and less productive relative to its neighbours.

While small independent countries – like Ireland, Denmark or Belgium – are thriving, Scotland is lagging behind under Westminster control.

🏴󠁧󠁢󠁳󠁣󠁴󠁿 With the powers of independence, they built happier, fairer and wealthier societies than the UK – so #WhyNotScotland?

🗳️ That better country is within our grasp, but only you can make it happen. https://t.co/bkLETLnJTB pic.twitter.com/jxC7GIxbUJ

Scotland hasn’t voted Tory since the 1950s, and yet we’re having to keep paying the price for damaging policies, such as a hard Brexit, that they impose against Scotland’s will.

Our businesses, people and communities can choose a better future as an independent nation. Pledge your support here and get involved in the campaign.

🚨 Boris Johnson has resigned, but it's Westminster control that is holding Scotland back.

👎 Both Tories and Labour back a hard Brexit that Scotland voted against. 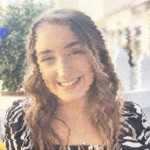 I’m currently undertaking an internship with Graeme alongside my university studies. Having worked with Graeme previously during his 2021 election campaign, I look forward to being part of the team again.