The SNP is resolutely committed to ending Scotland’s contribution to climate change. That commitment is backed up by world-leading action on this front.

Under the SNP, Scotland was the first country in the UK to declare a climate emergency. The SNP Scottish Government is addressing the global climate crisis right across its policymaking, and has passed legislation for the world’s most ambitious emissions reduction targets.

In addition to the net-zero target for 2045, the SNP has committed Scotland to reducing emissions by 75% by 2030, and 90% by 2040 – the most ambitious statutory targets in the world for these years. Scotland has already halved greenhouse gases emissions since 1990 – being, statistically, second only to Sweden in Western Europe for emissions reductions.

Scotland under the SNP is  also world renowned for having underpinned our net zero targets with a legislative commitment to a Just Transition – ensuring no one is left behind. The Scottish Government’s 2021-22 budget commits an additional £2 billion funding to decarbonise the way we live, travel, and heat our buildings, and to support woodland creation and peatland restoration.

Our commitment to tackling the twin crisis of climate change and biodiversity loss is unwavering and this cross-government investment ensures we support the transformational change required to become net-zero by 2045 – doing so in a way that protects our environment, creates good, green jobs and ensures no-one is left behind.

This will support new, green Scottish industries, creating thousands of low carbon jobs in the process of transitioning to net-zero. The launch of the £100 million Green Jobs Fund is a prime example of how an SNP government will achieve this.

The 2021-22 Scottish Government budget ups forestry spending by £26.9 million to £121.2 million, and the heat in buildings budget by £30 million to £213.4 million. Further investment will support the delivery of major, multi-year commitments, including: 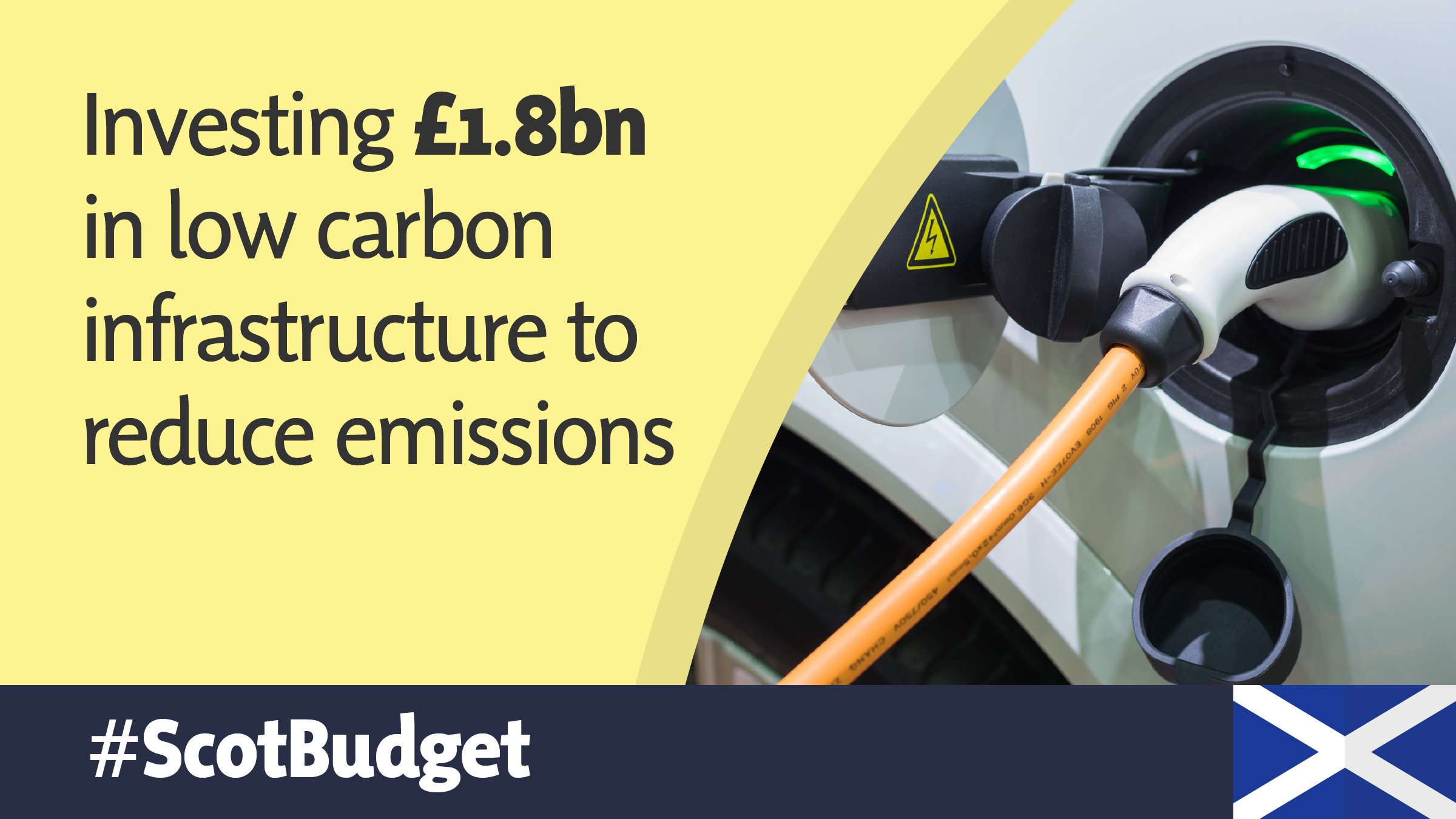 Renewable energy generation in Scotland has reached record levels under the SNP, providing the equivalent of 75% of gross electricity consumption. By 2030 the aim is to generate 50% of Scotland’s overall energy consumption from renewable sources, and to have decarbonised our energy system almost completely by 2050.

The COP26 global climate change conference, to be held in Glasgow later this year, is the international community’s best – perhaps only – chance to address the threat of climate change, First Minister Nicola Sturgeon has said. Scotland will lead by example, with the SNP government to establish a Net Zero Leaders Group to support state and regional governments with practical and technical support for the implementation of net-zero commitments.

Despite the enormous challenges of the COVID-19 pandemic, the global climate emergency has not gone away – far from it. With the SNP approach, Scotland will remain set on ending, definitively, its contribution to dangerous climate change within one generation.

As one of the nations which led the world into the industrial age, we want this year, to help to lead the world into the net-zero age. Climate change remains the greatest challenge facing this planet. And COP26 is our best, perhaps only, chance to address it.

Scotland, as a responsible global citizen, will do everything we can to play our part.