Rishi Sunak’s UK Budget: What You Need to Know

When we cut through the Tory spin, Rishi Sunak’s UK Budget falls apart under the slightest scrutiny. This Budget – with the combination of Tory welfare cuts, misplaced tax hikes and a damaging Brexit – leaves millions of Scottish families worse off.

Here’s a summary of what it all means, and how experts have responded.

The IFS: millions of people will be worse off next year

The Institute of Fiscal Studies confirmed that as a result of inflation and Tory tax rises on working people, millions of people will be worse off after Rishi Sunak’s Budget.

Contrasting Sunak’s “optimism” spin with reality, Paul Johnson, director of the IFS, said: “the outlook for living standards does not match his upbeat tone.”

Senior economist: “this is actually awful”

Paul Johnson of the IFS has branded the Budget as “actually awful” – highlighting the Tory cost of living crisis.

The UK government’s own forecaster, the OBR, has warned that the cost of living could now rise at its fastest rate for 30 years, with inflation reaching up to 5%.

This means that amid rising food prices, petrol prices and skyrocketing energy bills under the Tories, the everyday costs will increase even more.

The OBR: Tory hard Brexit will hit the UK economy twice as hard as Covid

During the height of the Covid crisis, we had to lock down enormous swathes of the economy to save lives – with a profound impact on all of us.

The OBR, the UK’s fiscal watchdog, has now revealed that Brexit – imposed by Boris Johnson in the middle of the pandemic – will hit our economy twice as hard.

Scotland voted overwhelmingly to remain in the EU, but now we’re all forced to pay a heavy price of Brexit – which will slash the UK’s GDP by around 4%.

The Resolution Foundation said that the measures since Boris Johnson came to power, including ones in this UK Budget, will increase the UK’s tax burden to around £3000 per year, per household.

Of the 4.4 million households on Universal Credit, around 75% will be worse off due to the Tory cut to Universal Credit – despite Rishi Sunak’s new measures to reduce the taper rate.

Former Pensions Minister: pensioners lose out on £520 next year

As a result of the Tory decision to scrap the pensions “triple lock” – a broken 2019 manifesto promise – next year pensioners will miss out on around £520 each, and £2,600 over the next 5 years.

Scottish block grant is being cut by Westminster

Despite Rishi Sunak pretending there has been an increase in the block grant for Scotland, the reality is the opposite.

The Scottish Government will receive less grant funding than it has in 2021-2022, amounting to a 7.1% decrease in the resource budget.

Rishi Sunak has also refused to extend last year’s Barnett Guarantee, which ensured the certainty on the amount of Barnett consequential funding that Scotland receives – forcing the Scottish Government to act with one hand tied behind its back.

Recent research revealed that out of all 13 neighbouring countries, the UK suffers the worst levels of poverty and inequality – as well as the least generous pensions, and the lowest social security payments.

Instead of addressing these problems, Boris Johnson and Rishi Sunak chose to make them worse.

Only with the powers of independence, Scotland can build a fairer, wealthier society – free from the damaging decisions of Tory governments we don’t vote for. 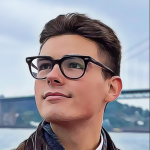