93.2% of School Leavers in Positive Destinations

Deprivation gap at a record low.

A record proportion of young people from the most deprived communities are going on to ‘positive destinations’ after leaving school.

89% of 2020-21 school leavers from the most deprived areas of Scotland were in a positive destination nine months after the end of the school year.

It is great to see that despite the additional challenges the pandemic brought, young people throughout Scotland are still successfully seeking opportunities such as work, training or further study after leaving school.

Statistics show that 93.2% of pupils overall who left school last year were in a positive destination, including work, training or further study, nine months later. This is up from 92.2% in the previous year and just below the record of 93.3% set in 2017-18.

A record proportion of school leavers from the most deprived areas are going on to positive destinations, including work, training and further study.

The gap between school leavers from the most and least deprived areas achieving positive destinations narrowed to a record low of 7.5 percentage points. This gap has now more than halved since 2009-2010.

All children and young people, regardless of their background, should have the opportunities they need to fulfil their potential, so I’m pleased to see a record proportion of school leavers from the most deprived communities going on to positive destinations.

The statistics show that overall, the percentage of young people in positive destinations nine months after leaving school is also near a record high. Given the very significant challenges posed by the pandemic, this is particularly impressive.

There is no doubt that the COVID crisis will have changed the choices made by some young people and the opportunities available to them. Whatever the pathways, seeing so many school leavers achieving positive destinations is a reflection of their resilience and of the hard work of all those who supported them. 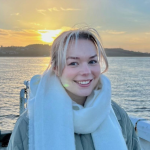