Scotland has been dealt an economic and environmental blow after a flagship carbon capture project was sidelined by the UK government.

“There isn't a jaw which hasn't hit the ground at this news among those involved in the Scottish cluster bid.
It seemed like a no-brainer…” @KKeaneBBC https://t.co/SbBZSQHx06

Greg Hands, the UK Energy Minister, declared that two English projects, in the northwest around Liverpool and across Humber and Teesside, are to be granted Track 1 status, with access to state support such as the £1 billion carbon capture, utilisation and storage (CCUS) infrastructure fund set up in 2018. 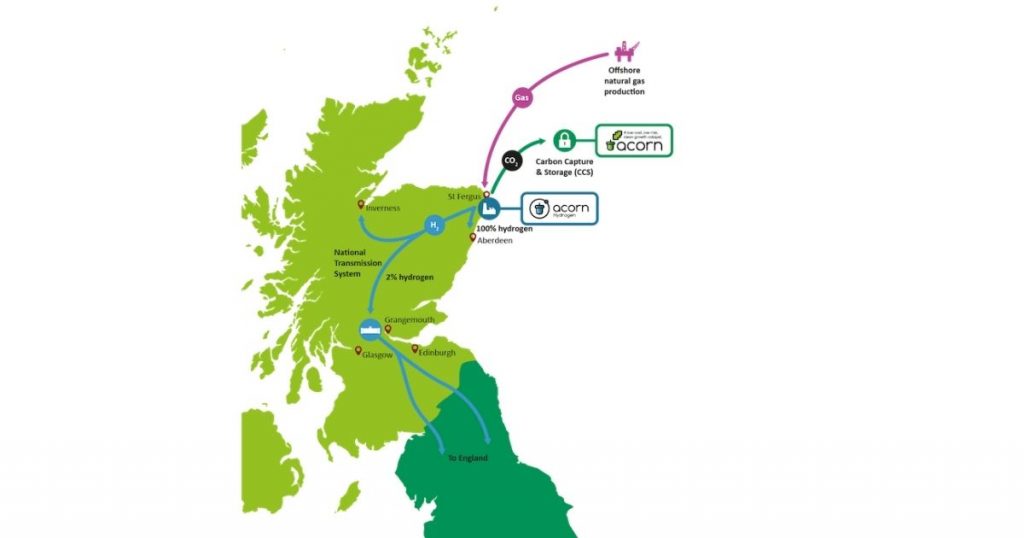 Industry and opposition politicians are united in expressing dismay at the decision and called for more clusters to be taken forward. The Scottish cluster planned to capture emissions from Grangemouth and St Fergus, and build a new power station at Peterhead.

Earlier this month a group of Scottish business leaders, including Sir Ian Wood and Martin Gilbert, wrote to the Prime Minister arguing that Scotland is the most cost-effective place to begin CCS in the UK given the capacity for CO2 storage in the North Sea and the existing oil and gas infrastructure available to repurpose for CO2 transport and storage.

The decision today shows a clear lack of ambition and leadership on climate change by the UK Government. All credible evidence advice and analysis has demonstrated that carbon capture, utilisation and storage (CCUS) is critical for meeting not only Scotland’s statutory emissions reduction targets, but those set across the UK. Indeed, advice from the Climate Change Committee describes CCUS as a “necessity, not an option”.

The Scottish Government supports the development of CCUS in Scotland, and has been a firm supporter of the Scottish Cluster’s bid into the sequencing process. It is clear that the Acorn project is the most cost-effective and deliverable opportunity to deploy a full chain CCS project in the UK.

It is therefore completely illogical that the UK Government has taken the decision not to award the Scottish Cluster clear and definitive Track-1 status. It is a decision which significantly compromises our ability to take crucial near-term action to reduce emissions – not just in Scotland, but across the UK.

This decision also delays what is a fantastic opportunity for the sector to deliver a just transition for our workforces, capitalising on existing skills and expertise to create many good, green jobs in the coming years.

This is another example of lack of UK Government ambition on net zero needed to unlock reserved issues. Other examples include the need for the UK Government to support the development of fully sustainable security of supply from zero carbon sources and the diverse energy system we need to decarbonise heat and transport.

If you call the office, chances are you will be talking to me.
I have worked for Graeme since joining his office part-time as a constituency assistant while studying at University in 2017.