The Scottish Parliament has voted overwhelming to oppose the Tory UK Government’s planned £20-a-week cut to Universal Credit next month.

Following the vote, Graeme Dey – MSP for the Angus South Constituency – denounced Scottish Tories for backing the cut, which will rip over £1,000 from 8,163 families across Angus.

Pressure on the Tories to scrap their plans has been building for a number of months.

The Scottish Government has written to its UK counterpart on eight occasions throughout the pandemic, asking for them to make the uplift permanent and to extend it to legacy benefits. Hundreds of anti-poverty campaigners, human rights experts, cross-party committees and the other devolved Governments have also urged the UK Government to keep the lifeline.

The Tories’ planned cut has additionally faced opposition from their own benches at Westminster – including in former Scottish Tory leader, Ruth Davidson, and six former Tory DWP Secretaries of State. This is on top of opposition by the four Cross Party Social Security committees of the devolved Parliaments.

However, the current elected Scottish Conservatives are choosing to defend the biggest welfare reduction since the 1930s.

It was only right to stand up for the 8,163 families here in Angus who will be hit by these incredibly callous and irresponsible cuts, by voting at Holyrood to reject them and demand their cancellation.

The Scottish Parliament has done this overwhelmingly, despite the shameful position of Tory members defending the move.

Though we had heard that Tory MSPs were ‘lobbying’ their Westminster bosses to reverse these plans, in the end they failed to grow a backbone and act in the interests of their constituents.

This cut is an attack on the most vulnerable in our society at a time when support is most needed – a clear demonstration of Westminster failing the people of Scotland – and the Scottish Tories’ can be sure that their role will not be forgotten. 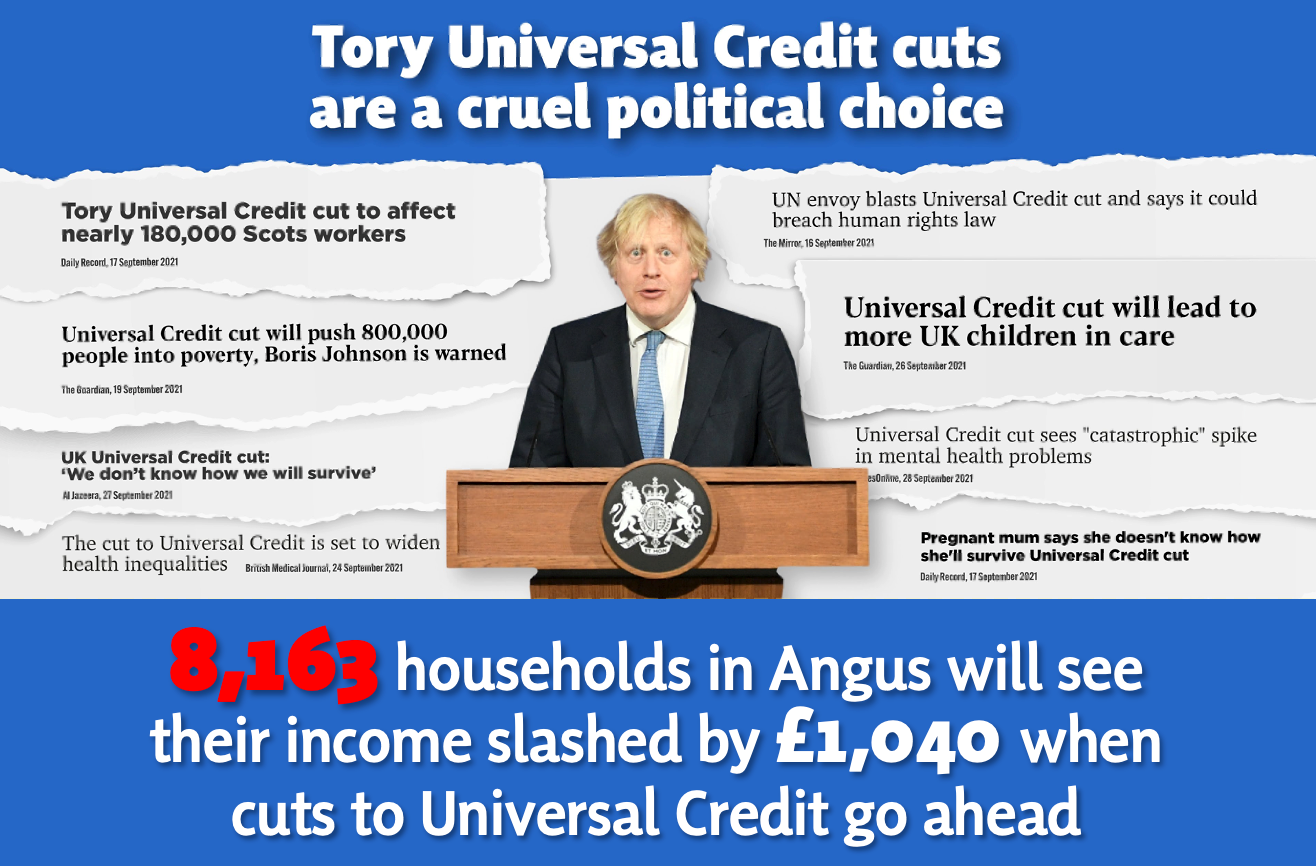