An Autumn Statement Forgetting the Pressure on Devolved Budgets

I am appalled to see that, based on the Office for Budget Responsibility’s forecast, Scottish households are expected to experience a fall in disposable income of 7% in real terms.

This is the accomplishment of Westminster poorly managing the economy of the UK.

Despite the ‘positive’ announcement regarding the tax rises ratio, Scotland is once again left aside, and households will still be left in budgetary uncertainty.

Reacting to Chancellor of the Exchequer Jeremy Hunt’s fiscal announcement, Mr Swinney expressed dismay at his failure to address the impact of inflation on the Scottish Government’s budget, when businesses and households continue to face financial uncertainty and £1 billion in savings have had to be found to help those who need it most.

Today’s statement shows that households across Scotland are paying a steep price for the economic mismanagement of the UK Government, with average household disposable incomes forecast to fall by 7% in real terms according to the Office for Budget Responsibility. This would erode just under 10 years of growth in living standards, taking them back to levels not seen since 2013-14, meaning they would not recover to pre-pandemic levels until after 2027-28 – a devastating indictment of the UK Government’s management of the economy.

Inflation is eating away at the Scottish budget, and due to the lack of additional funding in 2022-23 and the financial restrictions of devolution, we have had no choice but to make savings of more than £1 billion.

I welcome the Chancellor’s decision to increase benefits in line with inflation from next financial year and retain the triple lock on pensions – both measures we have consistently called for. However, the higher energy price cap from April is still unsustainable for many households. The proposals may limit the impact for some consumers, but the UK Government needs to carefully consider the affect a £500 rise in energy bills will have on those who are in or at risk of fuel poverty. And there’s still no certainty on how businesses struggling to stay afloat will be supported from April after the Energy Bill Relief Scheme ends.

The constant U-turns on tax by the UK Government have made planning for the Scottish Budget more challenging this year. We will take time to consider the implications for Scotland before setting out our own plans as part of the normal budget process. I am pleased the Chancellor has finally listened to our calls to tax more of the windfall gains in the energy sector, but he should have gone further to remove the poorly targeted investment allowance, which only serves to encourage short-term investment in fossil fuels rather than promoting long-term, sustainable energy solutions.

This leaves me with the difficult task of setting Scotland’s Budget for 2023-24 with no hope of financial flexibility to make a real difference in the lives of those who need it most. 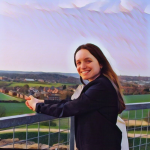 I am Graeme’s Constituency Assistant. I am just joining the team after studying at the University of Glasgow and am looking forward to starting this journey.