It is the SNP’s firm belief that healthcare should be free at the point of access for everyone. Moreover, it is critical that people with long-term and/or complex conditions do not face a greater financial burden.

When the NHS was first set up in 1948, prescriptions were free for all. However, charges were introduced by the UK Government’s Department for Health in the early 1950s to plug gaps in funding.

This was not the vision of equal access envisioned for the NHS. Charges have been described as a tax on the sick, and as penalising those in need of medicines on a long-term basis and/or multiple different medicines. 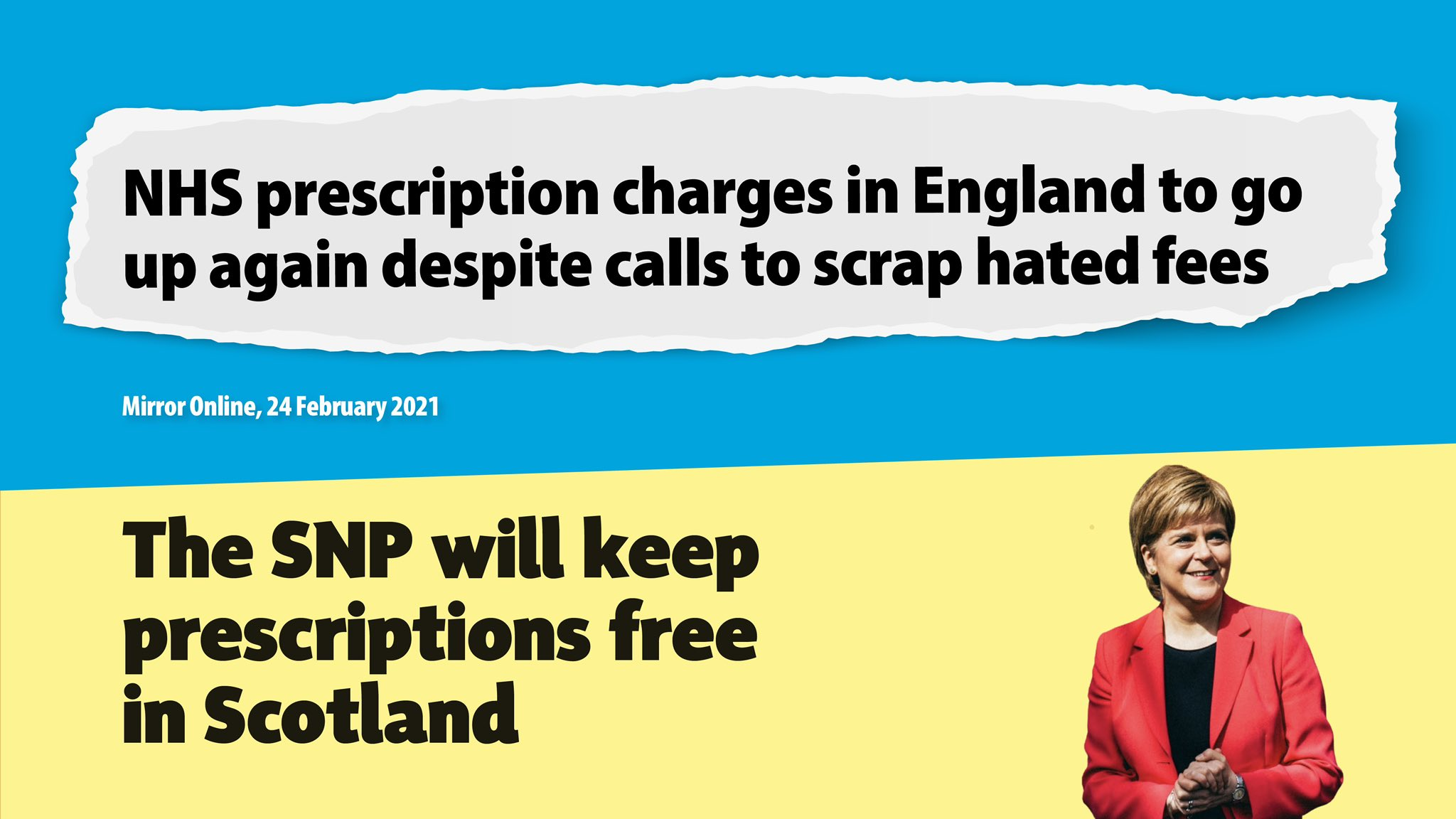 In 2011, the SNP Scottish Government moved to restore the NHS in Scotland to its founding principles. Having worked to gradually reduce the cost of prescriptions since coming to power in 2007, helping large numbers of patients, the SNP then abolished prescription charges in Scotland altogether.

Since then, no one in Scotland has had to pay for prescribed medicines – thanks to the SNP government’s action and commitment to this principle. In contrast, people in England – where healthcare continues to be run by the Tory UK Government – are now paying £9.35 per item.

Under the SNP, free prescriptions as well as free eye examinations will always be protected – the later additionally saving people almost £22 as compared with south of the border. The abolition of charges in Scotland was welcomed by health charities such as the Scottish branches of  Asthma UK and Diabetes UK.

Diabetes UK Scotland is pleased to welcome free prescriptions for all as the simplest, clearest and fairest system, which will benefit people with diabetes… This is important as we know from our own survey work that a fifth of people in this situation would be forced into making a choice to reduce their diabetes medication and a sixth would not be able to purchase all the medication they need.

– National Director of Diabetes UK Scotland at the time

– National Director of Asthma UK Scotland at the time

Other parties, including the Scottish Tories, opposed the move – saying it was the wrong time given the financial climate. But with 600,000 adults at the time previously not entitled to free prescriptions despite living in families with an annual income of less than £16,000, the SNP disagreed.

In times of economic difficulty, the last people who should be paying are the sick. This is now more pertinent then ever after the year we have just endured.

The abolition of prescription charges recognises the fact that absolutely no one should see cost as a barrier to accessing prescription medication. Free prescriptions are another of the many important ways that the SNP government has ensured taxpayers in Scotland get the best deal in the UK.

An SNP government, working for Scotland, has ended prescription charges which were a tax on ill-health saving those with long term conditions around £180… I am proud to have overseen the removal.