Helping Angus Families Most In Need

The SNP’s manifesto is full of policies to help those struggling on low incomes and lift people in Angus and across Scotland out of poverty. Some are new, but many are an extension of SNP government efforts that are already making a huge difference to thousands here in Angus.

While a major part of this has been designing a whole new social security system for Scotland – based on dignity, fairness and respect – it has also had to be about mitigating the worst of Tory UK Government-imposed austerity. While the SNP is pursuing proactive anti-poverty measures – the ‘game-changing’ Scottish Child Payment, wraparound childcare, universal free school meals, a National Wage for care staff etc – it is also having to invest significantly in protecting people in Angus from UK Government policies which run counter to this, like the hated Tory Bedroom Tax. 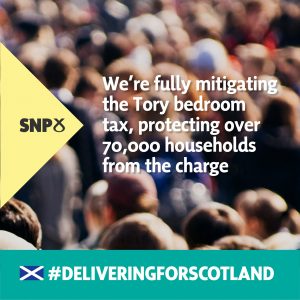 One way the SNP Scottish Government has done this is through the Scottish Welfare Fund, the budget for which is guaranteed in the SNP election manifesto. Since its launch in April 2013, it has paid out more than £256.6 million to support over 403,510 households across Scotland – with a third of recipients being families with children.

On the other hand, the SNP’s devolved welfare system for Scotland – Social Security Scotland – is now tackling poverty proactively by delivering ten different benefits, seven of which are new and unique within the UK. The Best Start Grant package, for example, has put more money in the pockets of low-income parents/carers in Angus during the key early years of a child’s life.

2,880 families in Angus have benefitted from Best Start Grant and Best Start Foods payments, and nationwide £46.9 million has been allocated this way to those families most in need of support. If re-elected, the SNP will increase eligibility for Best Start Food payments by around 50% – to all those in receipt of Universal Credit – as well as the weekly amount, backed by £20 million additional investment.

In 2019-20 the SNP invested around £2 billion in support targeted at low income households, and this commitment to those most in need of assistance will always continue under an SNP Scottish Government. 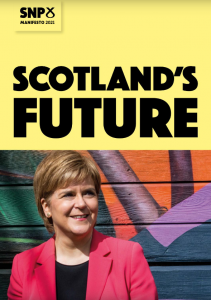