The figures are unequivocal – in its time in office, the SNP has made Scotland a safer place and it has made Angus a safer place. A re-elected SNP government will be committed to continuing this progress.

Scotland-wide, recorded crime is down 45% under the SNP – to the lowest level ever estimated by the Scottish Crime and Justice Survey. Locally, the decrease has exceed even this figure – down by 47.4% in Angus. 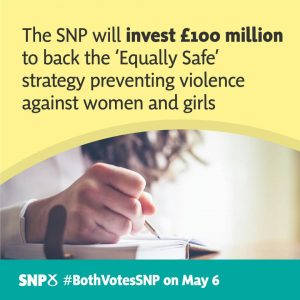 In other words, we have seen the number of crimes across our communities in Angus almost halve from the 6,099 recorded in 2006-07 to 3,210 in 2019-20. The SNP manifesto at this election pledges to ensure we continue in the right direction, by protecting the police resource budget in real terms for the entirety of the next parliament.

The SNP Scottish Government’s 2021-22 budget allocates £1.3 billion for the Scottish Police Authority, including an uplift of £60 million in the resource budget. As well as delivering real terms protection, this surpasses the commitment to deliver a £100 million boost by 2021.

A major part of the success story in Angus and across Scotland is down to how the SNP government has protected officer numbers. Since the SNP came to power, an additional 1,000 officers have been recruited across Scotland – a 6.2% increase in stark contrast to England and Wales, where the UK Government have slashed police numbers by more than 21,000. 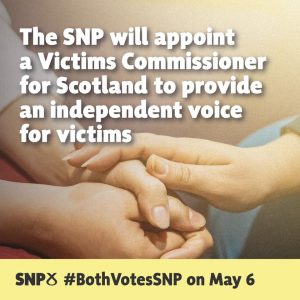 The latest statistics show we have 17,234 full-time equivalent (FTE) police officers in Scotland – with 3,194 across the Tayside Division of Police Scotland serving Angus. But with a re-elected SNP government, new investment and initiatives will further ensure safety and justice for Angus residents.

The SNP has committed to setting up a Victim’s Commissioner, to provide an independent voice for victims and witnesses of crime – and will review services and support funding for victims of crime. And £100 million will be invested in the Equally Safe strategy preventing violence against women and girls.

Justice Secretary Humza Yousaf has announced plans to adopt a form of the “Barnahus” model used in some Scandinavian countries’ justice systems. In Scotland, it will be called “Bairns’ Hoose”.

Barnhaus is a child-centred response for children who are victims or witnesses of serious crime and abuse.

Mr Yousaf said: “We know how difficult involvement in the justice system can be for anyone, but it can be particularly difficult for children. In everything we do we must respect the rights and wellbeing of children and young people.

He added: “Scandinavian countries have introduced a model that provides a welcoming and safe environment for children who have to engage in the justice system. All the care and support a child and their family needs is delivered under one roof – at a place called the Barnahus – the children’s house.