The Eyes of the World are on Scotland

After pro-independence parties won a record result in the 2021 election, there is a clear mandate for an independence referendum.

Watch our video below setting out the facts.

As Scotland readies itself to choose its own future, media from across Europe and the world have their eyes on Scotland.

It’s increasingly clear that the world recognises Scotland’s clear mandate for a referendum – and we’ve pulled together a selection of international coverage here.

France’s biggest newspaper Le Monde has published this article – you can read it here, in French or in English.

Austrian broadsheet newspaper Die Presse says “Boris Johnson’s Conservative British government tore Scotland out of the Commonwealth against its will and led the rest of Britain into a deep crisis”. Read the article here.

One of the USA’s biggest and oldest newspapers, The Washington Post, reports that “much has changed in recent years, including Britain’s departure from the European Union. The majority of Scots voted to stay in the bloc.”
Read the article.

Australia’s public broadcaster ABC News has also reported on the referendum announcement and stressed “there is a majority for a new independence vote”. Read the article here. 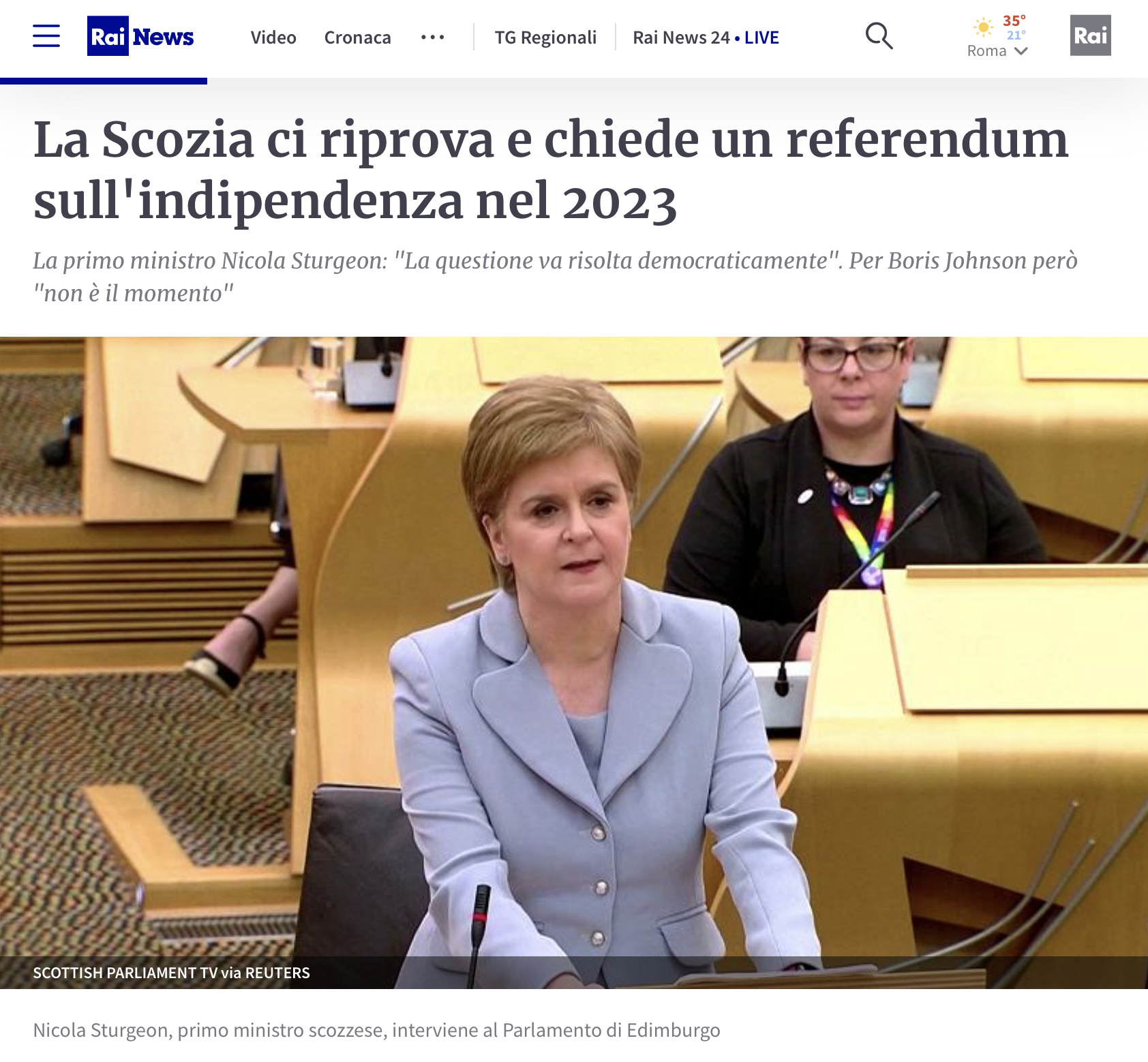 Italian public broadcaster RAI News also covered the announcement, and talked about how Scotland being dragged out of the EU justifies a fresh independence referendum. Read the article.

Evidence shows that independent countries of Scotland’s size are significantly wealthier, fairer and happier than the UK.

We can choose a better future with independence, where Scotland’s future is always in Scotland’s hands – not those of Boris Johnson and Tory governments we don’t vote for.