“The Ruination of Britain”

It is hard to put into words the sheer scale of the utter shambles the Tory party is now presiding over – and in turn, the scale of just how dysfunctional the UK has become as a result.

The New York Times yesterday carried an article headlined “The Ruination of Britain”. And that is perhaps among the more polite and measured international reactions as countries around the globe stare on in astonishment at what is happening here.

In truth, the continual chaos the Conservatives have inflicted on the people of Scotland and the rest of the UK, ever since David Cameron’s resignation in the wake of the Brexit vote in 2016, has perhaps inured us to these things, to the extent that chaos now seems normal.

There are no words to describe this utter shambles adequately. It’s beyond hyperbole – & parody.
Reality tho is that ordinary people are paying the price.
The interests of the Tory party should concern no-one right now.
A General Election is now a democratic imperative.

But nothing in the last six years – not the endless turmoil of the Theresa May’s rocky premiership, nor the long-running shambles of Boris Johnson’s time in Downing Street – comes anywhere close to matching the rise and political demise of Liz Truss.

Her resignation statement, just 44 days after taking office, gives her the unwanted accolade of the shortest serving PM in UK history – actually less time than the interminable leadership contest between her and Rishi Sunak which dragged on through the summer.

We now have the farce of yet another such contest, and all of this is once again being done by the Tory party themselves, without asking the public what they think.

The Tories have completely lost any ability to govern and, with their endless chopping and changing of Prime Ministers, cannot claim to have any mandate from the people.

Of course in Scotland, they never had any such mandate in the first place.

That is why it is now a democratic imperative that we have a general election.

"There must be a general election, it is a democratic necessity," says Scotland's First Minister Nicola Sturgeon

"This is an almighty mess, and it's people the length and breadth of the UK who are paying the price"https://t.co/2ExdkyyVfj pic.twitter.com/b5yREMiwR4

It is ordinary people who are paying the heavy price, every day, for Tory incompetence and arrogance.

Current events at Westminster may have an element of farce about them, but there is nothing remotely funny for the millions of people who face soaring mortgage costs or who are dealing with the other real world impacts of Truss’s catastrophic premiership.

For Scotland though, what this demonstrates the ever more pressing need for an alternative to a Westminster system that is collapsing in on itself and is failing in its first duty of governing in the interests of the people it is supposed to serve.

Bluntly, the case for independence is growing stronger with every hour that passes, as people across Scotland look in in horror at the shambles playing out on our TV screens.

Independence will bring challenges, but also huge opportunities. Above all, it will allow us to chart our own course in the world, re-joining the EU and its single market, which is seven times bigger than the UK.

Scotland can choose a brighter future than Westminster chaos and decline.

The power to build that better Scotland is in your hands. https://t.co/bkLETLohJ9 pic.twitter.com/CgmVSW7AWj

A Labour government in Westminster won’t deliver the change that Scotland needs as Keir Starmer has embraced Brexit and all the damaging effects it involves.

Independence will give us the chance to create an economy that works for everyone, where workers’ rights are protected, environmental standards are safeguarded and the climate crisis is treated with the urgency it merits—all things that are being cast aside by Westminster as post-Brexit Britain seeks to compensate for losing the trade links it has depended on for decades.

In 2014, the No campaign told people to reject independence by invoking what they described as the strength and stability of the UK.

Given the Westminster chaos we are being forced to live through, no one will ever again be able to make such a claim and be taken seriously. 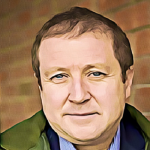